The tool was released in June by the Federal Financial Institutions Examination Council as a way for banks to take stock of their preparedness against cyber threats. But because examiners are trained on the use of the tool, bankers have begun to fear that institutions that don't use it could find themselves in regulatory crosshairs. View full article »

With New Tool, Agencies Close In On Formal Cyber Standards

Banks are still awaiting details about the Federal Financial Institutions Examination Council's new cybersecurity tool, which is expected to be released this quarter. But recent comments by a senior regulator suggest it will have two basic components. First, a "matrix" will help institutions determine their level of cyber risk. A bank will then be guided to recommended measures it should take based on that risk. View full article » 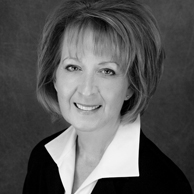